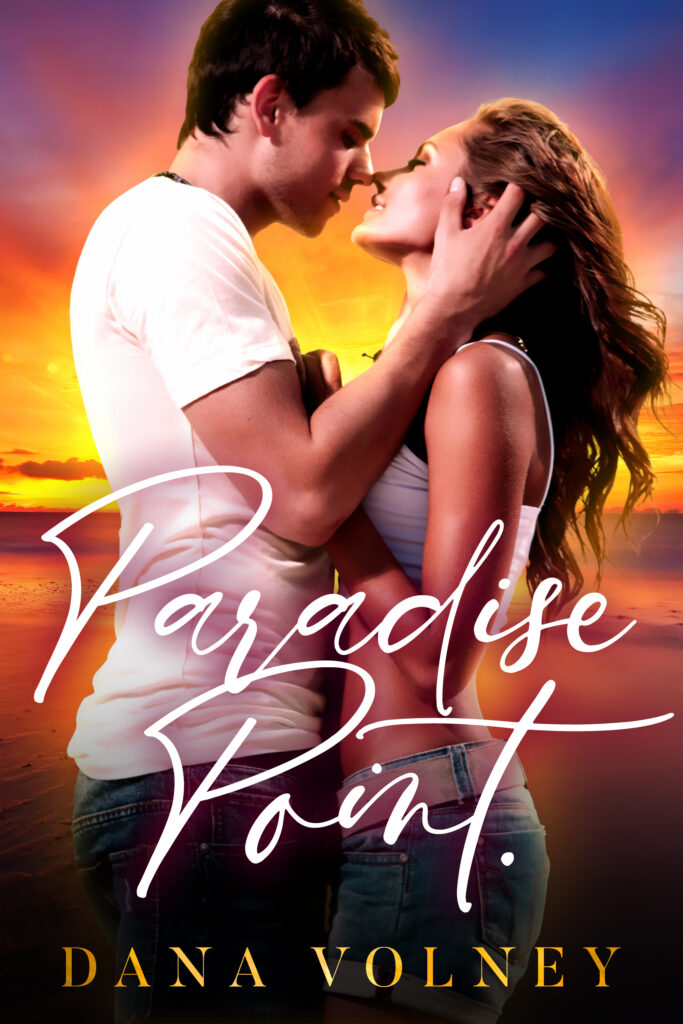 Liv Barnette needs coffee, she needs food … hell, she needs a new life. Inheriting fifty percent ownership in Paradise Point marina is the break she’ll embrace with open arms. The sexy downside? Adam Lark. Taking over his grandma’s marina, along with a determined blonde, isn’t the future Adam had planned. As team leader at Wingfield Intelligence Group, he’s content. Fulfilled? He wouldn’t go that far. When his latest assignment crosses with Liv’s life, leaving her in danger, it’s anyone’s game. And Adam plays for keeps.

“Volney’s characters fit perfectly together. Liv’s feisty attitude and Adam’s cool demeanor will put a smile on your face. They might even have you blushing as you think of a time or two when you did or said something similar. I know I did … If you enjoy danger mixed with falling in love, Paradise Point is the book for you!” — Tumbleweed Book Reviews  4.5 stars

“The dialogue is witty and natural, the narrative flows nicely, including beautiful descriptions of nature and the marina. The plot is fast-paced . . . a well-plotted and intriguing novel.” —Long and Short Reviews  4.5 stars

” …an action-packed romance thriller! The relationship between Liv and Adam develops slowly but surely, with just the right amount of tension and tenderness.” — InD’Tale Magazine 4 stars

“For the love of everything holy in the world, what are you doing to my lawn?”

Liv looked up from the lawnmower. Or, as she now referred to it, the axis of evil. Her entire face itched down to her throat. There wasn’t one place on her clothes that was dry in the 100-degree heat and her body ached. Growing up she’d never had to mow—that had always been something her dad was usually around to do. Luckily, her first time involved a self-propelled mower and a million square feet of grass.

“I’m mowing.” She glared with allergy-ridden eyes, rubbing the burning on her cheeks and neck. “What does it look like?”

“Like you’re creating crop circles in my lawn.” Adam’s face squished. “Are you mowing my beautiful grass in a freaking circle?”

“First off, it’s not just your grass. Second, I went where the mower led. What’s the big deal? It’s done, isn’t it? ”

“It does not.” Liv stepped away from the devil spawn mower to survey the yard below the back deck of Paradise Point. “It looks like a freshly cut yard. A thank you would be nice. Where have you been all day?”

“You sure have a lot of errands.” She shrugged. “Well, sounds like this just became an Adam job then. I’ll gladly never mow again.” She sniffed and used her sweaty forearm to wipe her brow, not doing a lot of good. At this rate she’d never stop sweating. She also couldn’t remember what it felt like to take a deep breath without sneezing. Fuck this shit.

“What’s wrong with you?” Adam stepped closer and gently placed his fingers on her chin to tip her face away and inspect her cheeks.

She froze because she couldn’t tell if it was happening or she had become delirious and was hallucinating. Of all the things to imagine.

“Are you sure you’re okay? You might have a rash or something on your face.” His eyes searched hers hard. “Are your eyes swollen?”

Liv let out a deep breath. “I have allergies.”

“They’re usually not this severe. I think it’s being in the trenches with nature that screwed me today.”

“I’ll take care of all lawn care from now on. You should, um, shower or something. Maybe take a Benadryl.”

His tender touch left her face and for a moment she missed it. Right up until he spoke again.

“Don’t worry. I won’t tell the staff you couldn’t hack mowing. I’ll tell them you’re hung over or something, needed some more beauty sleep.” The sides of his eyes crinkled.

Liv rolled her eyes and as she walked toward the parking lot she threw over her shoulder, “I’m sure you can handle cleanup then, sport.”

She did need a shower and meds. That was very astute of Adam. It never made her sad to squeeze in a nap either.

Six hours later Liv rolled over in bed to a repetitive, annoying rapping at her door. She groggily sat up and touched her face. The puffiness had subsided and the itchiness was gone. She surveyed her clothes—she’d dressed in a light cotton pair of pajama pants and a black tank top with a built-in bra. She’d be suitable for ninety-nine percent of the people who could be knocking.

“Coming!” she called out as she padded to what was technically her front door. She opened it to find Adam standing with a to-go box.

“One percent,” she muttered under her breath.

We are continuing the holidays today on #fivepagefriday with The December Deal! Lilia Carrigan is under pressure to raise money for her dad’s cancer treatmen...

The #KissApp has a deal running until 1/9 for Android users on Protecting Her Secrets, a novel in the Wyn Security series.Bodyguard Eddie Dever always has a wisecrack at the ready so no one will guess the painful past he keeps under wraps. Until the younger brother he abandoned gets scooped up by the FBI on murder charges, that is. Clearing Leo's name is the first step on Eddie's path to redemption--if he can get past the ice queen FBI agent in charge of the task force connected to the case.Special Agent Hannah Malone is laser focused on putting the crime boss responsible for her brother's death behind bars, even if that means informant Leo Dever becomes a casualty. Telling Eddie a few lies, stretching a couple truths, and misleading the one man willing to help her...well, it's a small price to pay for justice.But things get sticky when the two go undercover as Mr. and Mrs. and the pretense starts to feel all too real. Unfortunately, both Eddie and Hannah have one more surprise up their sleeves that can blow the lid off of more than a crime boss's enterprise.Can they find a way to trust before they take the job too far? ... See MoreSee Less